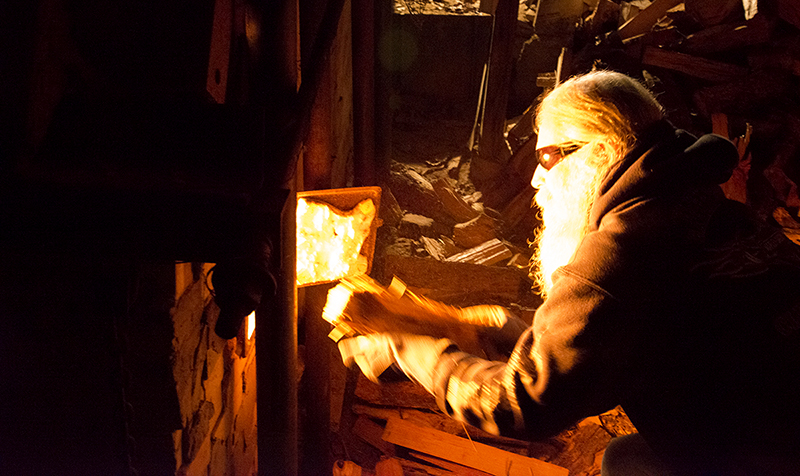 Wood Fire XVII was a great success! Here’s a great photo of Rob stoking the kiln at 5 a.m. about 12 hours into the firing. We take 4 hour shifts for about 25-30 hours until the temperature in the second chamber reaches cone 13. Since the new chimney was installed we’ve cut down the firing time by almost half! It just keeps getting better! Next wood firing (Wood Fire XVIII!) is tentatively scheduled for April 2017.